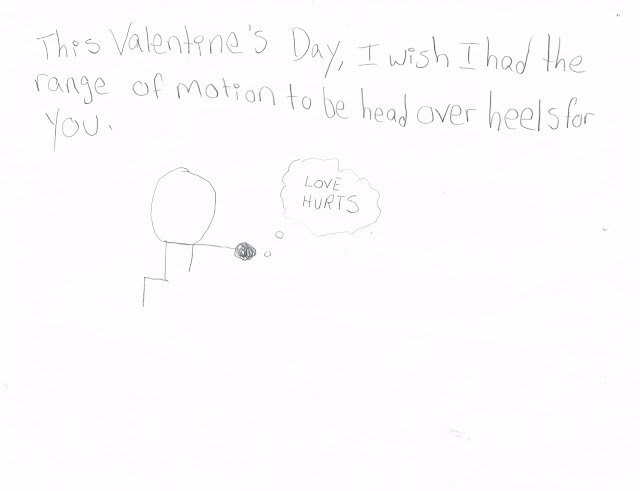 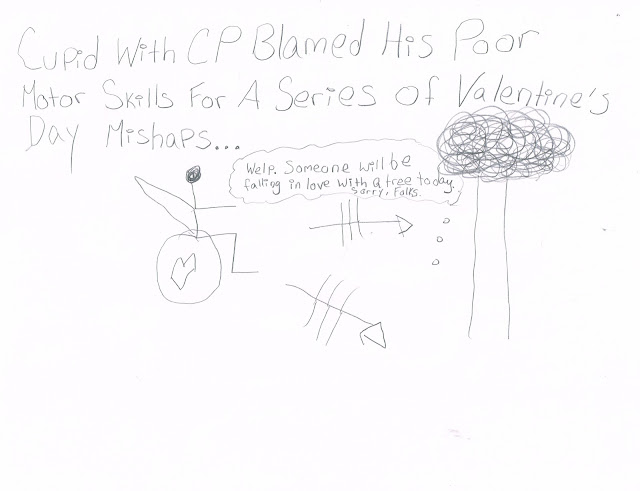 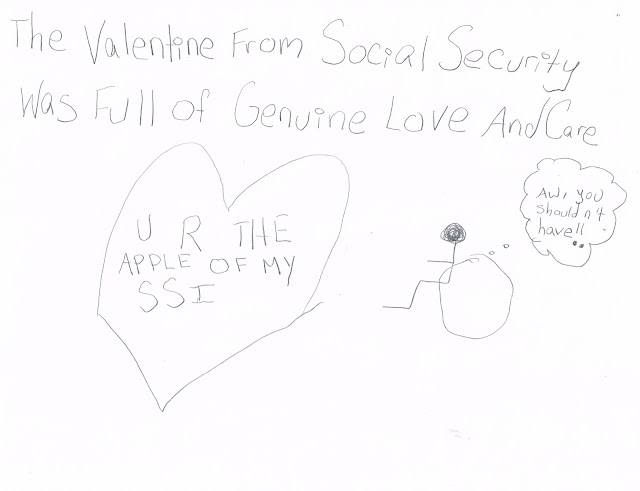 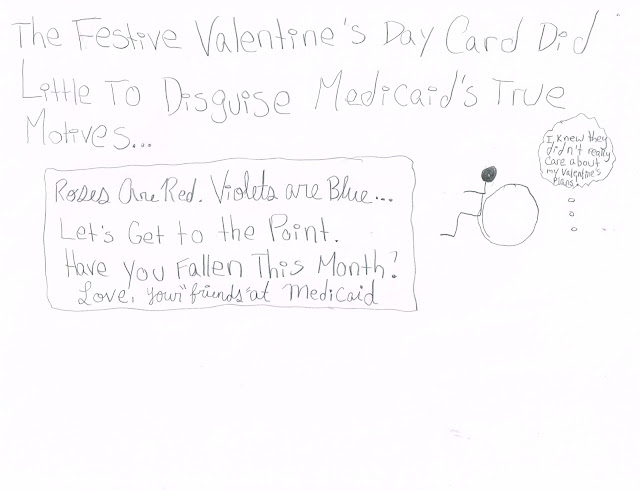 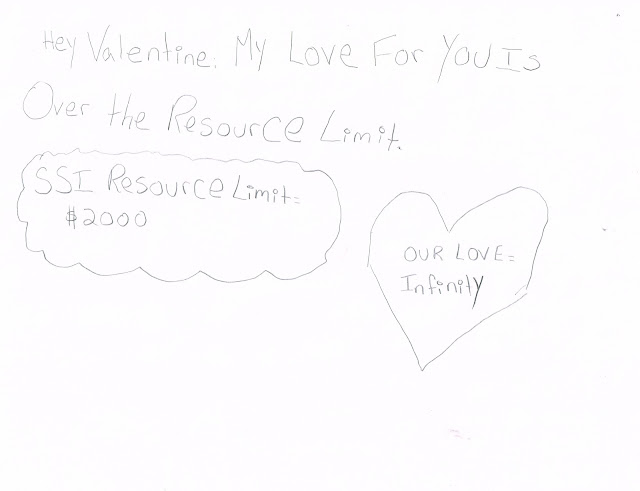 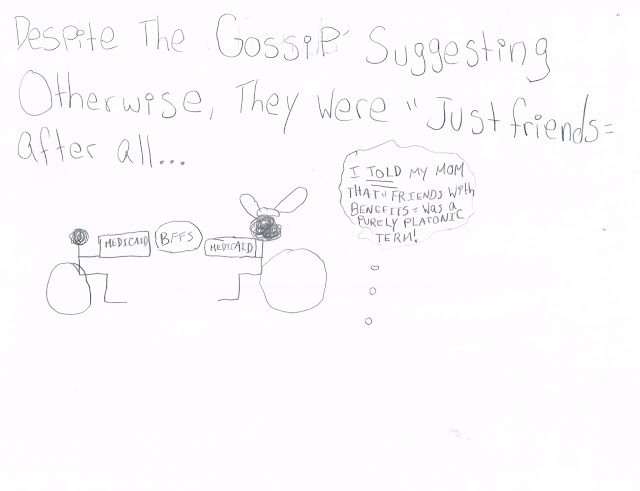 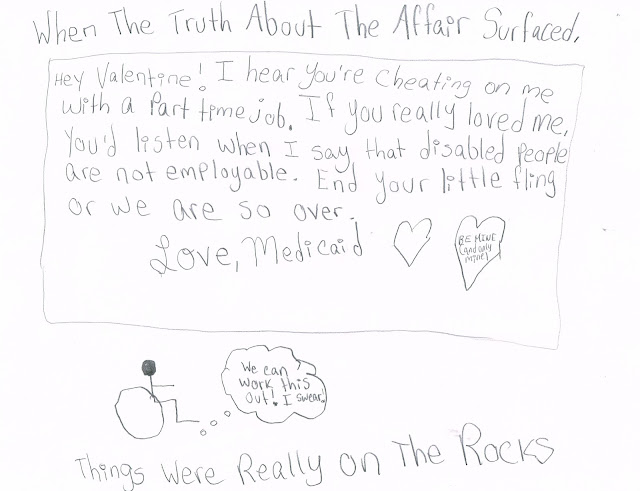 Image shows a valentine bearing the following message: “Hey Valentine! I hear you’re cheating on me with a part time job. If you really loved me, you’d listen when I say that disabled people are not employable. End your little fling, or we are so over. Love, Medicaid” Beside the message is a heart containing the words “Be Mine (and only mine)”. Below the note is a disheartened wheelchair using stick figure shouting, “We can work this out! I swear!” The caption above says, “Once the truth about the affair surfaced, things were really on the rocks.”
Posted by The Squeaky Wheelchair at 11:51 AM 12 comments: