Help Is Not a Dirty Word: Constructing Independence As Something Other Than "Never Depending on Anyone"


Help is not a dirty word. It does not mean you have given up, failed, or proven to be anything less than amazing. It means that you are brave enough to tell others how silly it is to ask a fish to climb a tree.
[Image shows a line of animals, a monkey, a penguin, an elephant, a fish and a dog. A thin man with a suit and a mustache sits at a desk, and a speech bubble reads: FOR A FAIR SELECTION, EVERYBODY HAS TO TAKE THE SAME EXAM-PLEASE CLIMB THAT TREE. The animals are in line on the grass in front of a large tree. Caption reads: OUR EDUCATION SYSTEM]. 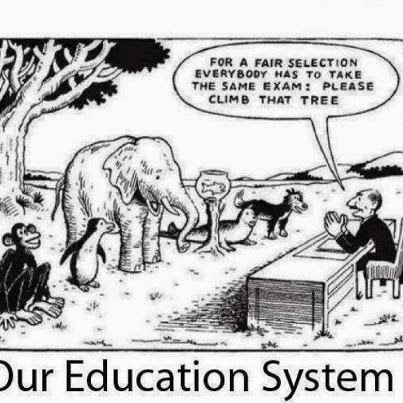 Posted by The Squeaky Wheelchair at 9:53 PM